This year’s HP Diwali video campaign looks exact replica of what they did in 2018. First let’s see what is the this year’s theme. A young bubbly kiddo innocently asks his mother about the Goddess Lakshmi’s footprints. Later as the kiddo goes to collect his mother’s saree from a nearby tailor, he is exposed to the difficult situation that the woman was facing. On his way back home, an idea strikes and he prepares some papers and returns to the street. He starts pasting the printouts on the road, leading up to the tailor’s store.

In 2018, HP’s Diwali video campaign was also very similar where a young kid notices that an elderly woman was struggling to sell all her earthen diyas. The young guy goes home prepares few printouts and starts distributing them to the nearby households. The printout featured the elderly woman and requested everyone to buy diyas from her. The video ends with elderly woman selling all diyas and she gets to know the efforts that the young kid had taken.

What are the commonalities / differences between the 2018 and 2020 Diwali Video Campaigns of HP?

Base storyline – The storyline of a kid helping an elderly woman struggling to make a life out of her business is common in both years.

Product feature: In both the Diwali video campaign videos HP has very well featured their both key products – laptop and printer.

Support locals: It is not that HP is supporting for locals only this year with the background of COVID like some other brands have attempted. HP came up with a similar message way back in 2018. It is good to see brand consistency irrespective of the influence from macro environment factors. The brand’s ideology has been pretty solid.

Video length: Both the videos are more or less of similar length, three to four minutes. The video length is appropriate, neither too long nor too short. It also seems to be an ideal length for an effective emotional storytelling led video campaign.

What’s there for future?

It would be tough to say if HP has cracked this storytelling formula of an elderly person being helped by a kid with the help of HP products. If the brand has revisited the storyline this year after 2018, it seems they are definitely seeing some mileage with the same. But, will it be effective to keep repeating the same storyline in future? Time will tell! 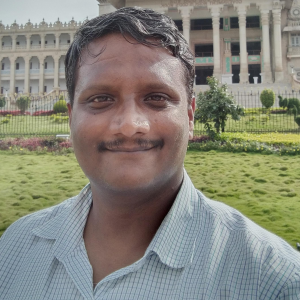 Netflix Stream Fest: A Blooper that was Well Advertised?